Calling on The Sisterhood

I’m an impoverished white woman. In spite of my poverty, I am intelligent and I’m not lazy. I’ve gone back to college 4 times, which is technically not a degree, but in between those times I have started and run several small businesses. A few were my own, a few were my ex husbands and a few of my involvements were limited to helping friends get their businesses started and run them effectively and efficiently. At one point, I ran a chain of fancy grocery stores while the owner raised funds to open another. We were a hell of a team.

I research things for fun. I have had the internet since I was 12 (I’m 42 now) and I didn’t start watching TV much ’til a couple years ago. I was a latecomer to the Facebook craze, and joined mostly for marketing purposes (though now I’m just as addicted as everyone else). I’m not a fan of cat videos and I rarely post memes. For entertainment, I researched things. Learning is my addiction, not As a web content writer, research was an important part of my professional life for many years.

I’ve made some bad decisions. Like staying married to a deadbeat narcissist for too long, and not taking care of my health as much as I should.  I forget to eat. I can’t function without coffee. And every now and then I fall into a self loathing depression because I can’t provide for 5 kids on my own very well. I also procrastinate and avoid making important phone calls. And sometimes I make dinner with no vegetables and feed it to my kids.  Nobody is perfect, and most days I’m just treading water trying to survive.

But right now I’m sitting in front of Grocery Outlet where my 20 year old daughter is using her nanny income to buy milk for the family. She never hesitates to help, and I try very hard not to ask.

All my life I’ve been taught not to ask for help, and when I’ve found it necessary to ask, someone was always there to tell me what a piece of shit I was for needing help.

So while I realize I’m privileged, simply because I’m a white girl,I’ve never “felt” privileged (except when I’m not getting the speeding ticket I deserve).

My dad was the corvette-driving deadbeat dad. And I loved him because he was the only man I knew.

If women were in charge, men like him would evolve away.

Anyway I’m sitting in front of Grocery Outlet and the most beautiful chubby huggable 12 year old cafe-au -lait girl rides her bike around the corner with the most joyful smile on her face. Behind her rolls another bike (pink and sparkling) with a slightly younger, equally beautiful girl. It may have been her sister, their facial features were similar but this girl’s skin was a teeny bit darker.

To me, that’s privilege.

When I see these two girls I’m reminded of another thing, sisterhood. I’m feeling it toward these little girls. I have daughters their age and I, myself, remember that joyful feeling of zipping over to the grocery store on my bike at that age. They looked so innocent and free, with the breeze in their face, rainbow shoelaces, and a Hello Kitty barrette. I remember feeling like that. And it’s the complete opposite of how I feel now, every minute of the day.

For a minute I let myself believe that these two little girls have it.

A Muslim family walks past me and the woman and children have the most peaceful eyes. I smile at them, wishing I could destroy everything that threatens to take away their peacefulness.

The little girls park their bike just past my car. I know their carefree days might not last. If they’re lucky those days will come and go. I wonder what they’re getting. I hope it’s ice cream, or lip gloss, or something entirely theirs, and not that their mother sent them to pick up a vital dinner ingredient that she could only just afford.

Unfortunately, and not surprisingly, male leadership has created a world where nobody is allowed to have carefree says. Except perhaps wealthy white men in the USA.

Certainly not ever a woman or a mother.

Women carry the weight of every bit of oppression. Fears and anxiety about the future make it impossible for mothers to not worry about the world men have created for their daughters and sons.  I don’t have any sons, but if I did, I’d have had to talk to them about consent, because man’s world doesn’t teach that it matters. If my children were black, I’d have to talk to them about de-escalating tense situations so they don’t get shot if they need the help of the police. If I had muslim children, I’d have to teach them that many white people think they’re evil. I can’t even smile at a beautiful family out for their evening walk without sadness for how much hatred is directed toward their people. By my people.

Why do my people suck?

Like so badly that I don’t feel that they’re mine.

And not in a Rachel Dolezal way where I imagine myself presenting as a different race.

My people come in all colors, races, and gender expressions.

Only a patriarchy would use race as a group. No other living creature is grouped by color. Bears? It’s so simple-minded. The very act of grouping people by race ignores everything else that makes them human.

My people are oppressed women whose lives are in a near-constant state of threat from men in power. My people are scrambling desperately at whatever shred of humanity exists in their world and struggle to raise children who make the world a better place, when so many idiots out there define “better” in a way that harms others. 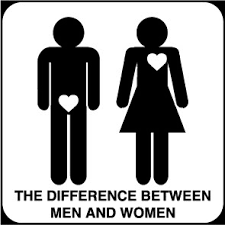 The sisterhood that exists between me and my girls is the only thing that can cure humanity of the disease of male leadership.

When men hurt women, we come together as a group, to take care of her and her children. When my sisters struggle, I bring them a casserole, help them fold laundry, and offer to give their kids a ride somewhere.  Female problem-solving involves stepping in and doing the work it takes to meet a family’s needs.

Men don’t understand this much.

And men like my dad think it’s a weakness.

Indeed, it’s the only thing that’s kept the world going for all of eternity.

Male leadership has resulted in so many things that have caused more harm than good in the world.

All of the evils in the world have been fueled by male leadership.

Whether you believe in a god or not, you must recognize that human females have the biological task of bringing forth the future. The eggs of our daughters grew in our bodies while we lay growing in our own mothers belly. After conception, our mother’s body decided which of our fathers DNA would be represented in her children.

The male species plays only a passive role in creating the future of humanity.

Not only do we bear the children, but our bodies nurture them during early childhood too.

The idea that males are “natural leaders” has been disproven by science. Men created an unnatural world filled with sources of conflict (see list above) so that they can continue creating wars. Men are not creators. Man made god in his own image, but god made women creators.

It’s time to do away with male leadership. I saw a photo online of the US cabinet appointees. All but two appeared to be “white,” and only 4 were women. There were 20 people in the image. 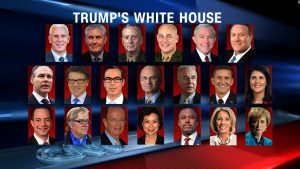 Women make up roughly half of the planet, including the US.

I won’t disagree that it takes 3.2 men to do the job of one woman.

But I don’t think that’s what’s happening here. Instead, I think that women are deliberately oppressed. That’s all.

My sisters are not represented, anywhere on the planet. Male Leadership is destroying humanity.

This, too, shall pass.