How Male Dominance Has Fucked With Cultural Evolution

Wikipedia defines marriage as “an institution in which interpersonal relationships, usually sexual, are acknowledged or sanctioned. In some cultures, marriage is recommended or considered to be compulsory before pursuing any sexual activity.”

Bet even as recently as 1997, it has been described by anthropologist Duran Bell as a relationship “that provides men with a demand-right of sexual access within a domestic group and identifies women who bear the obligation of yielding to the demands of those specific men.”

In every area of the world, man’s governments and religions block women from making conscious decisions about who they’re going to reproduce with.

The religious would tell you that marriage is honorable, that it’s “God’s way” but that’s not true.  Marriage is a manipulative trap that imprisons women and children, for the sole purpose of perpetuating the lies that male leadership depends on.

Whether it’s arranged marriages, child brides bought and sold by men, or “courting” processes that many Christians in the US practice, men and their agencies are directly interfering with the social evolution of our species in order to promote their own genetic lines and ensure the survival of their own destructive spirituality, regardless of whether or not that’s good for society or women.

Whatever force created humanity gave women and their bodies the ability to create the next generation of children, and men took that ability away. Controlling women’s reproduction is abhorrent to human nature.

The male culture likes to make rules for other people, defining who can and can’t get married, allowing children to be forced into marriages and preventing same-sex couples form enjoying the legal benefits of marriage.  As if it’s even ethical to have laws that give preference to marital status. But that’s where we are, and something must change.

Most males are not suited for leadership, especially the important task of childrearing. They lack the basics of empathy and compassion required for nurturing a child through their developmental stages in a way that results in strong and emotionally mature adults.

Every woman on the planet right now is damaged thanks to the patriarchy; male-invented systems that serve males by oppressing women.  This applies to “small” things like marriage and parenting as well as bigger things, like the geographic borders they invented, systems of currency exchange that favor men, and religions that pretend men are supposed to be leaders.

Yet in spite of our oppression, women still manage to lead homes, contribute to the family income, and raise our kids in this flawed world. 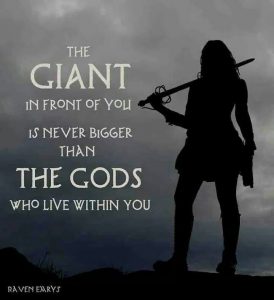 Each new generation was conceived and raised under a different woman-created-by-man’s-world. There’s a reason each new generation becomes more progressive, it’s because women are, at their core, loving and nurturing creatures that want their children to do well in this crazy world.  In spite of male leadership’s attempts to smash the hopes and dreams of children who don’t conform to their agenda, women love their children.  Love is the only force shaping our world that can lead to effective social justice and fight oppression.

Did they really think we’d allow their rule to continue this way?

Men; your behavior as leaders, all over the world, has caused unforgivable harm to our sisters, daughters, mothers and grandmothers. We brought you sons and you have turned them into monsters.

I know that many men are sorry to have seen this coming. These men are the scientists, the rational thinkers, and the kinder, gentler souls of the male subspecies. These are the ones who don’t cower under the fictitious authority of their invented gods and self-worshipping governments. These are the men who embrace their humanity, rather than reveling in their bullyish dominance. The reign of the “alpha male” is declining and while the alpha male sees this as a problem, the civilized male sees this as society’s only hope. Civilized males are not the problem.

The systems they have built have reached their maximum capacity. The undeveloped, unevolved mind so predominant in the males, must not be allowed to remain in control of the wellness and security of the human race. Any man who has risen to a position of power in this matriarchy must be examined for signs of bigotry, hatred, violence or insecurity. Those character traits are not to be reproduced in future generations.

Men invented ridiculous gender-specific social constructs, backed them up with their male-dominated religion, and inflict them on women and children, enslaving us to their mindset. At the time of this writing, the less-evolved males are scrambling to ensure that their hateful, evil-minded agenda continues to thrive; oppressing women and their own kind based on skin color, sexuality, and personality characteristics that embrace a healthy communal diversity.

But why should we continue to settle for leadership with the mind of a subspecies?

Men are incapable of managing a project as huge as caring for the earth and all of her people.

It’s up to women now, to raise children who respect the bodily autonomy of their fellow humans, by refusing to participate in the alpha male’s wars, by removing evil men from power, like judges that give short sentences to men who rape toddlers.  Only when all of these evil, damaged and broken men have been removed from society, will the world be safe for women and children.