Male Humans Are Not Good Leaders

Social research in the workplace has repeatedly proven that women make better leaders. “A study of 745 men and women leaders and aspiring leaders that we conducted with Watermark found that female bosses were rated as more supportive of career development by their direct reports.”

If that quote was intriguing, I recommend you click on the link because there are plenty other statistical tidbits you might find affirming.  Face it, sisters, we are just better leaders.

If you believe in a god, you might want to ask yourself WHY women were biologically chosen to house the bodies and groom the mind of the next generation?

Male mentality (an infectious disease that plagues every culture on the planet) would tell you that your god-given birthing abilities are a weakness; that your ability to nurture makes you less of a warrior, that it makes you vulnerable.

They talk down to you (honey, sweetheart) as if you were a child. They fantasize about fucking your children. If you manage to attend college, you become a great target for them raping you (Like if they honestly believed that god made you vulnerable and NEEDING their “protection” then how could they justify such a thing?)  It’s because they know it’s a lie, that YOU’RE STRONGER THAN ANY MAN.

Deep down in the heart of every man is the fearsome knowledge that BEING a man (by example of their history of failed leadership) is the only actual weakness a human can have.

Deep down, they KNOW that no god didn’t choose them to create life.  No god filled his breasts with milk, so that he could whisper the truths of this world to the next generation.  If there is a god, there’s a reason it made the decision to EMPOWER women with those gifts.

Men are trained by society that woman-ness is a weakness. Men living in a patriarchy are taught to disrespect and disempower women, to make up for their own weaknesses of the mind.

Some men on this planet have witnessed the hypocrisy and actively reject it.  They might call themselves feminists, and they might just be a dude who works a few doors down that’s always kind. Self-evolution of thought is fucking sexy. When men reject the societal voices that teach them to fear women, they become better lovers. And better friends. And better humans.

Those dudes can stay.

But the rest of them need to evolve away. 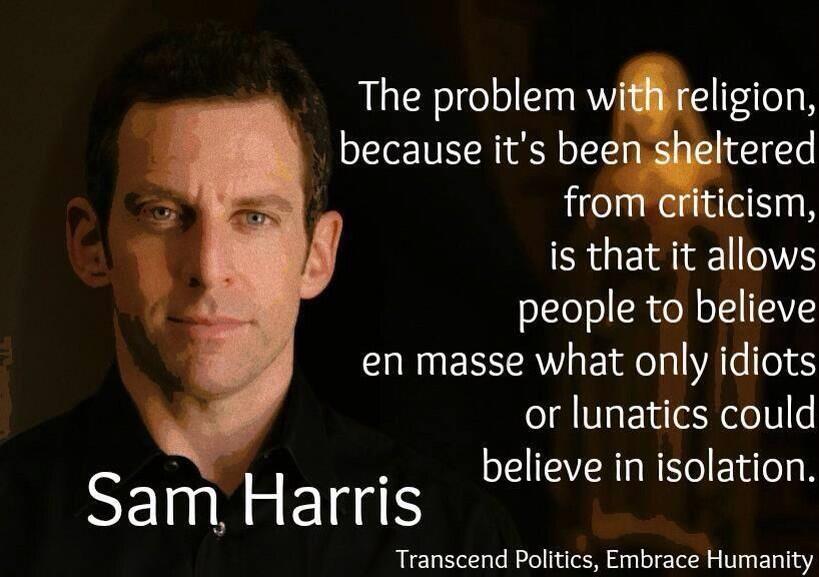 Women- YOU are actively positioned to have a HUGE impact on the future of the world in a way that no government, religion, or business has.  Child labor in the USA, mullet haircuts, and other historical atrocities… were all ended by ONE THING and one thing only- NEW IDEAS.

New ideas don’t ever come from folks who sit around complaining about the youth.  New ideas come from complaining about OLD ideas- DISCUSSING the details, learning to understand one another and making new decisions based on what we learn.  Women do that shit all the time.  And our children get to witness it.  That’s how they learn.  Women are the builders of the mindset of the future.

No matter how shitty your childhood was, you can probably look at your mom and see how she did a better job than her own mother did.  Maybe the neighborhood was different, maybe the political climate was different, but admit it, you turned out better than your mom.  And your kids will be better than you.  Women realize this is a good thing.

Too many males believe that any idea that’s different than their own is inherently a weakness.  You know men like this, always complaining about “kids these days.”

But this adaptive and change-making mindset is exactly what mothers teach their children- this is how individual humans learn and this is how humanity as a whole learns.

Shot her fucking down.

I look at that situation and ask myself “Oh my god, could that happen to me?”

And the honest answer is that it’s probably less likely that it would happen to me because I am white.  And that fucking kills me.  Not because I’d ever want to be in that situation, but because Charleena Lyle didn’t ASK to be born black any more than any white man ever asked to be white.

How on earth can anyone have pride over their skin color- especially when it’s the one others live in fear of?  I’d be so ashamed to learn that anyone was afraid of me.  That’s shameful and monstrous. And yet, some white men think that makes them better or something?  Really?

Because that’s the result of living in a world where men are in charge. 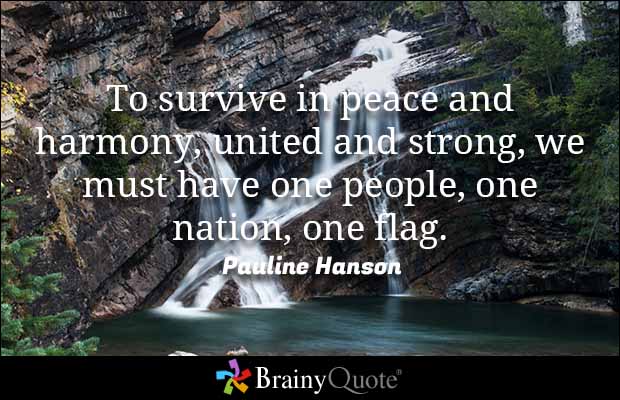 The old male mentality that skin color or residence makes someone more or less deserving of justice, freedom, and bodily autonomy NEEDS TO GO

And it’s not a genetic evolution, it’s an evolution of thought.

Sisters, if you choose to reproduce, it doesn’t matter what color person you mate with.  Skin color is not the problem.  Old thinking (a dark cloud that hovers over ALL male-led cultures) is the problem.

I’m not a jerk just because I’m a privileged white girl, that doesn’t define me.  It’s just a statement.  I’d be a jerk if I thought that made me ACTUALLY better than anyone else.

To speed up this VERY NECESSARY evolution of thought, it is VITAL that we maintain this discussion about race and privilege, and LOOK FOR OPPORTUNITIES to shape our children’s minds with positive and life-affirming mindsets that are free from the corrupted trappings of “man’s world.”

If your children are repeatedly exposed to a man who spouts racial slurs against people of color, do the future of the world a favor, and go out of your way at every turn to provide your child with life experiences that teach them the truth. Do it with books, movies, social events, and conversations that teach them the TRUTH.  That people are created equal, but it’s our decisions that make us WHO we are.  That the value of a person doesn’t lie in their skin color, but in the content of their character.

If you’re raising kids in a household of color, do the same damned thing.  “White” isn’t the problem, bad thinking is the problem.  And no color of people (including white people) have solved it with male leadership. In India, in Africa, in Europe… on every continent, MALE leadership has created a pointless war-like mindset that destroys the quality of life for every human that lives there.

Instead of talking about patriotism, talk about being a good neighbor, a good citizen of the earth.

It’s not necessary for anyone to believe that man-made geographic borders are a smart decision for humanity.

It’s not necessary for any human to believe that men are the natural leaders of that world.

It’s not necessary to believe that men could write a book, edit a book, translate a book, speak the word of the book—— and conclude that men are mentally and emotionally capable of living on behalf of a spiritual entity that supposedly created all of humanity in MAN’s image… we’ve already established that women are the creators of our species while men are the destroyers.

Government and religion are two important common factors for every society on the planet and ALL OVER THE PLANET, male presence dominates the decision-making leadership in those factors.

There’s no way any man-made government will be able to keep up with the evolution of thought that women are naturally chosen to create.

Especially when male’s mindset is damaged by the contradictory drives to both believe they’re superior AND to harm anyone who is “different.”

Women aren’t naturally as dumb as all that.  Sure, some women voted for trump.  But one decision doesn’t define a person.  Especially a woman.  We’re not so stubborn as to believe that ANYTHING is unchangeable. Man’s unstable world has taught us that adapting to change is important.

Women are survivors.  Male supremacists criticize a woman’s ability to adapt to new situations, as if it’s a sign of weakness.  But weakness lies more in a stubborn clinging to old, worn-out things.  Men THINK they’re meeting this requirement by dumping their wives for a newer younger model, but they’re really just proving how empty they are. It’s pathetic, really.  They think it makes them special, but it’s really just proof that they’re incapable of loyalty.

Oh, on loyalty, I once saw a Youtube Video- it’s the one I discussed here, the narrator (and 34 year old freelancer who lives in his mom’s basement) says that “women are not concerned with in-group loyalty”  As if that’s a weakness.  Male mindset values WAR.  of all things, WAR.  And the only way to have a war is to group up with people who are just as mad as you are.  Anger at that level is NEVER justified, so it’s no surprise that males are leading the planet earth in such a way that there has never been a single day of life on planet earth- for any humans in any patriarchal past- where peace has reigned.

And yet man-made religious holidays use phrases like “Peace on earth” as if that actually means something to them.  If I were a gambler, I bet if you asked any male human to search his heart and answer “is peace on earth possible?” and he will answer, truthfully, NO.

A leader who has no confidence in his ability to be effective should NOT be in charge of anything.

Why would we raise our children to believe that it’s still acceptable for the male humans to control ANYTHING anymore?

But even men with an “old” mindset can be useful.  Not in parenting, where the shaping of the mindset of the future is so vitally important that we can’t take that chance. Not in Business, where they use their power to keep others in poverty.  Not in science, where they take good discoveries and weaponize them. Not in government where they keep their citizens in a perpetual state of war and fear. Not in anything of real consequence, definitely not in any decision-making role.  But they’re not useless. They can harvest vegetables with their big strong boy bodies. They can work under the supervision of women, who are naturally more inclined to work for the benefit of humanity. There are places where that old mindset is inconsequential, but leadership isn’t one of those places.